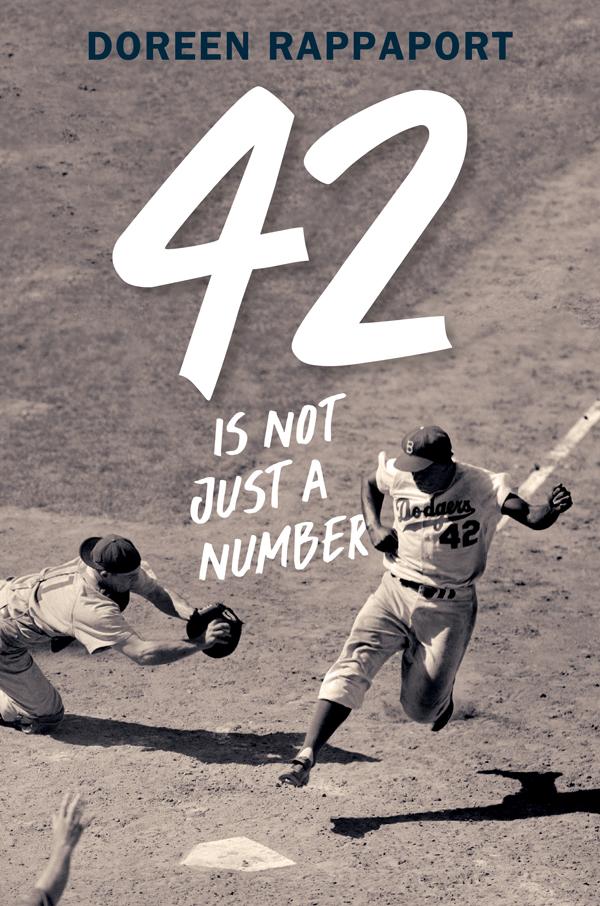 An eye-opening look at the life and legacy of Jackie Robinson, the man who broke the color barrier in Major League Baseball and became an American hero.

Baseball, basketball, football — no matter the game, Jackie Robinson excelled. His talents would have easily landed another man a career in pro sports, but such opportunities were closed to athletes like Jackie for one reason: his skin was the wrong color. Settling for playing baseball in the Negro Leagues, Jackie chafed at the inability to prove himself where it mattered most: the major leagues. Then in 1946, Branch Rickey, manager of the Brooklyn Dodgers, recruited Jackie Robinson. Jackie faced cruel and sometimes violent hatred and discrimination, but he proved himself again and again, exhibiting courage, determination, restraint, and a phenomenal ability to play the game. In this compelling biography, award-winning author Doreen Rappaport chronicles the extraordinary life of Jackie Robinson and how his achievements won over — and changed — a segregated nation.

Booklist (September 1, 2017 (Vol. 114, No. 1))
Grades 5-7. Early on, young Jackie Robinson was taught to fight back when faced with racial slurs and prejudice, and he did, first as one of the few black kids in his neighborhood and later as one of the few black officers on his army base. But those injustices and the indignities he endured while playing for Negro league baseball were dwarfed by the hostility shown by many white players and fans when he broke the color barrier in Major League Baseball. While children’s books on Jackie Robinson are plentiful, this well-researched, concise biography clearly shows the extraordinary burdens he carried and recognizes his significance as an agent of change within American society. A Dodgers fan as a child during the Robinson years, Rappaport offers an engaging account of the man’s life and presents enough background information about American racism during the 1930s and 1940s to help young readers understand the depth of his courage and the magnitude of his achievement as “a one-person civil rights movement.”

Kirkus Reviews (June 1, 2017)
A tribute to a man who spoke out forthrightly against racial injustice—until, on a larger stage, he let his deeds do the talking.Beginning with a childhood exchange with a neighbor (she hurls the N-word at him thrice; he responds with “cracker”), Rappaport focuses on her subject’s refusal to stay silent in the face of prejudicial treatment in youth and during his military career. This has the effect of underscoring the strength of character he displayed in controlling his reactions to the vicious provocations of fans and fellow players once he broke professional baseball’s color line, setting readers up for a nicely contextualized understanding of his career. Unfortunately, she ends her account with the 1947 World Series and in a cursory summation barely mentions the rest of Robinson’s achievements in baseball and after. This, along with the lack of photos or even a stat box in the backmatter, gives the profile a sketchy feel next to Promises to Keep: How Jackie Robinson Changed America, by his daughter, Sharon Robinson (2004)—a title that is included in the perfunctory list of suggested further reading—or any of the several more complete, better packaged appreciations of his life, times, and legacy available. A pinch hitter, at best, behind a strong lineup of competitors. (timeline, endnotes, index) (Biography. 10-13)

42 Is Not just a Number Discussion Guide

42 Is Not just a Number on Amazon

42 Is Not just a Number on Goodreads

42 Is Not just a Number on JLG

42 Is Not just a Number Publisher Page