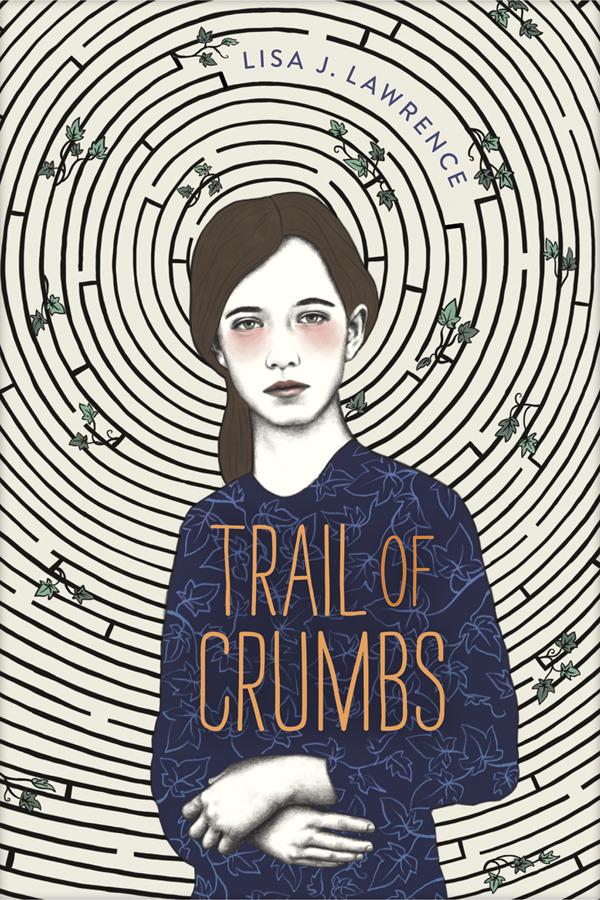 After moving into a dank and drafty basement suite in West Edmonton with her truck- driving father, nasty stepmother and taciturn twin brother, Ash, seventeen-year-old Greta doesn’t have high expectations for her last year of high school. When she blacks out at a party and is told the next day that she’s had sex, she thinks things can’t get any worse. She’s wrong.

While Greta deals with the confusion and shame of that night, her stepmother and father choose that moment to disappear, abandoning Ash and Greta to the mercy of their peculiar landlord, Elgin, who lives upstairs. Even as Greta struggles to make sense of what happened to her, she finds herself enjoying her new and very eccentric family, who provide the shelter and support that has long been absent from her life. Much to Greta’s surprise, she realizes there is still kindness in the world—and hope.

Booklist (February 1, 2019 (Vol. 115, No. 11))
Grades 9-12. Greta, 17, is already trying to deal with a recent trauma—date rape—on her own, when her father and stepmother abandon her and her twin brother, Ash, in their basement apartment. Now she has to deal with her troubles internally while externally trying to survive. Unexpected help arrives in the form of their elderly and eccentric landlord, Elgin; his tough-talking daughter, Alice; and Nate, a classmate who lives across the street. Greta and Ash eke out their existence and continue with school, a form of torture for Greta as she tries to avoid her former “in group” friends. Finally, the threads come together in an affirming resolution. Lawrence’s novel is a subtle riff on Hansel and Gretel: abandonment by parents; hope represented by a trail of crumbs to lead her out of the labyrinth of her trauma; and the cabin where the date rape occurs is like the gingerbread house, promising on the outside but concealing a threat. With realistic and appealing characters and a delicately constructed plot, this is a well-told story of strength, grace, and growth.

Kirkus Reviews (January 1, 2019)
Fire up your Coleman lanterns: Greta needs all the light and warmth she can get in this story of abandonment, poverty, and sexual assault. Greta and her twin, Ash, have every element of a tragic life: a very wicked stepmother, a spineless and pathetic father, and being abandoned in the middle of a brutal Edmonton winter with no heat except from an oven, no food, and no rent money. As if that wasn’t enough, Greta is also suffering following a sexual assault and the subsequent ostracism and bullying by the cool kids at her high school. The cast of supporting characters in Greta’s story have enough emotional issues to keep a team of psychologists working around the clock: Greta’s withdrawn brother, an elderly, track-shorts–wearing landlord, his estranged tough-talking daughter, and a lonely neighbor kid. Greta longs to re-create a family that has only been a memory for years but still possesses enough grit to get some sense of closure and justice from those who harmed her. Nothing is candy-coated: The writing includes the blunt language one would expect in this treatment of the very important topics of sexual assault and victim blaming that will resonate with and inform readers. Main characters present as white, but names suggest some diversity among Greta’s classmates. Lawrence (Rodent, 2016) has an admirable relationship with the written word, and after many chapters of sharp edges and dark corners, readers will discover reason for hope. (afterword) (Fiction. 14-19)

Lisa J. Lawrence grew up as a free-range kid in small towns in British Columbia and Alberta. She currently works as a writer and Spanish teacher in Edmonton, Alberta, where she lives with her husband and three children. Her first novel, Rodent, was nominated for numerous awards.

Trail of Crumbs on Amazon

Trail of Crumbs on Barnes and Noble

Trail of Crumbs on Goodreads

Trail of Crumbs on LibraryThing 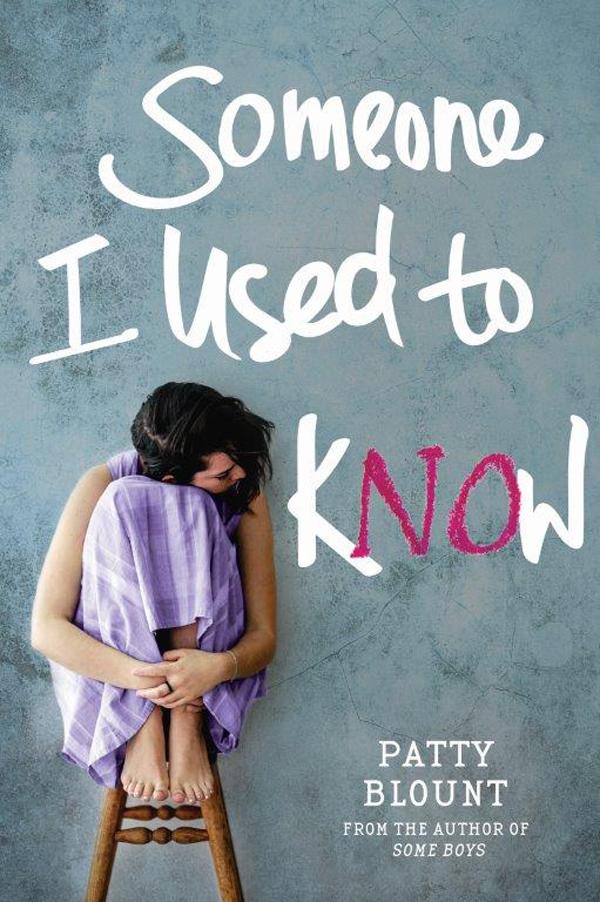 From the award-winning author of Some Boys comes an unflinching examination of rape culture that delves into a family torn apart by sexual assault.

It’s been two years since the night that changed Ashley’s life. Two years since she was raped by her brother’s teammate. And a year since she sat in a court and watched as he was given a slap on the wrist sentence. But the years have done nothing to stop the pain.

It’s been two years of hell for Derek. His family is totally messed up and he and his sister are barely speaking. He knows he handled it all wrong. Now at college, he has to come to terms with what happened, and the rape culture that he was inadvertently a part of that destroyed his sister’s life.

When it all comes to head at Thanksgiving, Derek and Ashley have to decide if their relationship is able to be saved. And if their family can ever be whole again.

Booklist (September 1, 2018 (Online))
Grades 9-12. As a freshman, Ashley was raped by one of her brother’s teammates during a traditional, but unconventional, “scavenger hunt.” “Sex with a virgin” was the top point-getter on Victor’s card, so he targeted Derek’s little sister. Now, two years after a trial in which Derek lobbied the court to give Victor a light sentence because it was just a game—and “justice” acquiesced—​Ashley continues to experience myriad debilitating triggers. Away at college, Derek struggles with his role in the ordeal and as a participant in a toxic culture he hadn’t realized he was part of. Through alternating points of view, Ashley and Derek work separately to heal themselves as their relationship and family crumbles and to influence and educate others. By not concentrating on the act itself, Blount effectively uses Ashley’s reactions, introspection, and victim-impact statement to carry the story’s emotional load. Despite being pedagogic, the book clearly emphasizes that rape culture’s pervasiveness can only be mitigated by reexamining society at large. Realistic and relevant.

Kirkus Reviews (June 1, 2018)
Blount’s (The Way It Hurts, 2017, etc.) latest, a loose sequel to Some Boys (2014), again looks at the aftermath of rape, this time with a focus on secondary survivors. Told with flashbacks through the alternating perspectives of a brother and sister two years after one of his teammates raped her to gain points in a scavenger hunt, this sometimes-didactic all-tell, no-show story has a clear purpose and ultimately hits some genuine emotional notes. High school junior Ashley is a fierce survivor who turns to blogging and activism to fight her anxiety attacks; her older brother, college freshman Derek, joins a men’s anti-rape group and finally gets it. Romance plays a significant role in character growth, and while the stated authorial intent was to show the effect of Ashley’s rape on the whole family, the novel mostly plays out as two parallel narratives which pull together into a family drama only at the end. Characterization and polish take a back seat to message, and some of the dialogue is weak. However, the messaging in Derek’s story is important: Toxic masculinity creates rape culture, and nice boys who do nothing to stop it are part of th

Patty Blount grew up quiet and a bit invisible in Queens, NY, but found her voice in books. Today, she writes smart and strong characters willing to fight for what’s right. She’s the award-winning author of edgy, realistic, gut-wrenching contemporary and young adult romance. Still a bit introverted, she gets lost often, eats way too much chocolate, and tends to develop mad, passionate crushes on fictional characters. Let’s be real; Patty’s not nearly as cool as her characters, but she is a solid supporter of women’s rights and loves delivering school presentations.

Someone I Used to Know on Amazon

Someone I Used to Know on Barnes & Noble

Someone I Used to Know on Goodreads

Someone I Used to Know Publisher Page 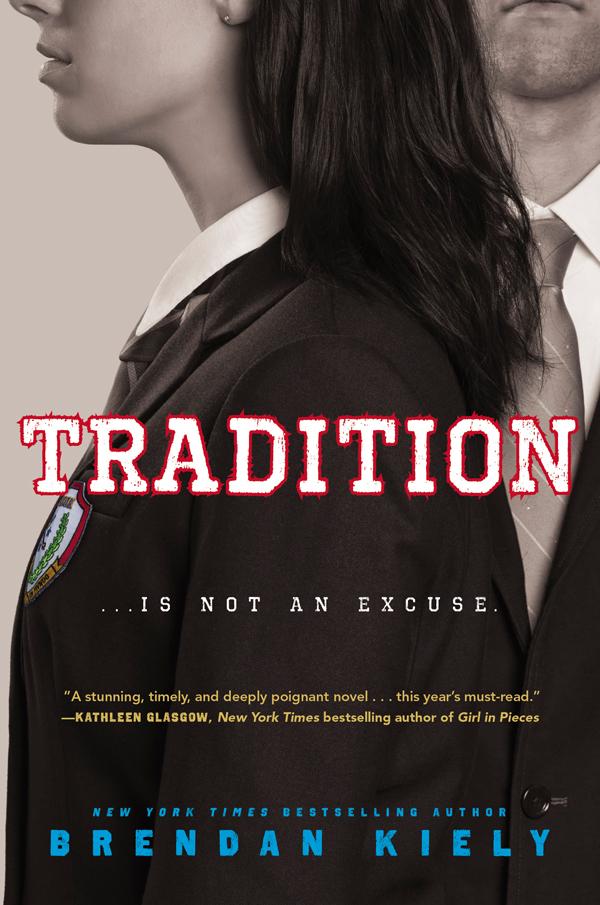 Prestigious. Powerful. Privileged. This is Fullbrook Academy, an elite prep school where history looms in the leafy branches over its brick walkways. But some traditions upheld in its hallowed halls are profoundly dangerous.

Jules Devereux just wants to keep her head down, avoid distractions, and get into the right college, so she can leave Fullbrook and its old-boy social codes behind. She wants freedom, but ex-boyfriends and ex-best friends are determined to keep her in place.

Jamie Baxter feels like an imposter at Fullbrook, but the hockey scholarship that got him in has given him a chance to escape his past and fulfill the dreams of his parents and coaches, whose mantra rings in his ears: Don’t disappoint us.

When Jamie and Jules meet, they recognize in each other a similar instinct for survival, but at a school where girls in the student handbook are rated by their looks, athletes stack hockey pucks in dorm room windows like notches on a bedpost, and school-sponsored dances push first year girls out into the night with senior boys, the stakes for safe sex, real love, and true friendship couldn’t be higher.

As Jules and Jamie’s lives intertwine, and the pressures to play by the rules and remain silent about the school’s secrets intensify, they see Fullbrook for what it really is. That tradition, a word Fullbrook hides behind, can be ugly, even violent. Ultimately, Jules and Jamie are faced with the difficult question: can they stand together against classmates—and an institution—who believe they can do no wrong?

Booklist (February 15, 2018 (Vol. 114, No. 12))
Grades 9-12. Meet two teens who become friends at a misogynistic, patriarchal private school, even as they are both drowning in secrets. Jamie Baxter, a football-player-turned-hockey-player, needs to keep it together for one last year or else miss his last shot at a scholarship. Meanwhile, Jules Devereux is trying to be a bold feminist in a school where girls are told to “not make a scene.” Their secrets spill out when a teen party goes horribly wrong, and Jamie has to decide if he will support Jules in her time of need, thereby breaking a long-standing tradition of silence. Kiely bravely explores rape culture and how it intersects with class and privilege, along the way making his characters speak to those in privileged positions “in a language they cannot ignore.” Kiely, coauthor with Jason Reynolds of All American Boys (2015), takes on an important, sensitive topic that should help connect readers to burgeoning social-justice movements; readers will find themselves rooting for the world not as it is, but as it might yet be.

Kirkus Reviews (March 1, 2018)
A prestigious prep school enforces toxic masculinity.James Baxter is a scholarship kid intent on keeping his head down and not rocking the boat at highly acclaimed Fullbrook Academy. Meanwhile, Jules Devereux doesn’t mind ruffling feathers if it means changing a few minds. Together, the high school seniors unearth a vile, sexist ritual and the accompanying rot that has spread throughout Fullbrook’s culture. As Jules discovers her agency, James learns the first rule of being an ally: actively listening. The author’s plotting is loose, resulting in a novel that winds here and there, eschewing forward thrust in favor of a true exploration of the social dynamics at play. The novel avoids sermonizing, embedding themes in character arcs so well that every feminist argument emerges as a natural part of the story. Readers will find many aspects of the real world reflected in Fullbrook’s campus, beginning with institutions that have turned a blind eye to questionable and sordid practices because that’s the way things have always been done. As more organizations are subjected to scrutiny, this novel is a timely road map for those looking to find their places in this rapidly changing world. All major characters are white. A thoughtfully crafted argument for feminism and allyship. (Fiction. 12-16)

Brendan Kiely received an MFA in creative writing from The City College of New York. His writing has appeared in Fiction, Guernica, The AWP Writer’s Chronicle, and other publications. Originally from the Boston area, he now teaches at an independent high school and lives with his wife in Greenwich Village.